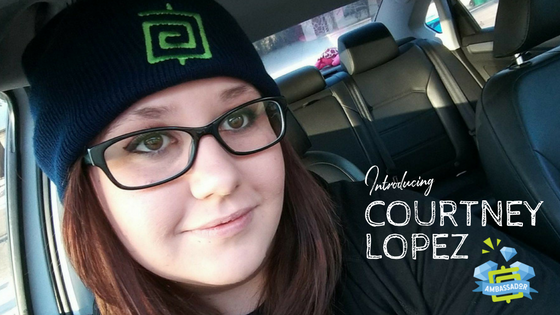 Courtney joined the GamerGreen Ambassador Program in 2018, but has been a GamerGreen player since 2016. We’ve had the pleasure of hanging out with Courtney over the past month and she ROCKS.

We decided Courtney should be our Gamer of the Month because she works hard, helps us #GGShareTheLove very frequently, and she LOVES to play!

Here’s what Courtney had to say about GamerGreen:

I love GamerGreen because they take clawing to a whole different level!

It’s fun playing for plush but more so collecting codes to redeem for even cooler prizes! GamerGreen strives to make customer satisfaction their number 1 priority, and they have an A+ from me! They’re always positive and never fails to show their customers that they are appreciated.

I am having such a blast being an ambassador! I fell in love with GamerGreen when I first learned about it so to officially be able to represent them makes me extremely happy.
One big thing I want the most in the GamerGreen store is the National Parks 10×10 Instant Screened Canopy. I have a long way to go and it won’t happen with me sharing the love. Haha. But its too much fun to share the love and give codes away.

GamerGreen is a community of gamers, but they’re also a family. My most favorite part of GamerGreen is how they never fail to show love to other people.